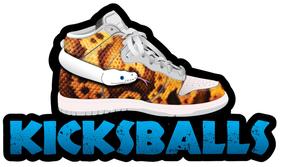 Below is a list of words commonly used by ball python keepers with simple definitions.

Allele: One piece of a pair of genes that are on the same locus.

CB: Captive bred. Both parents of the snake were bred in captivity.

CH: Captive hatched. Eggs were collected in the wild and hatched in captivity.

Clutch: Eggs laid by a snake.

Co-dominant: A morph that has been proven different than a normal and when paired together can make a super. Ex: pastel, mojave, cinnamon

Dinker: A snake that has a possibility to carry a new visual gene, but it has not been proven. Ball pythons for sale with this claim can turn out to be a new morph or can turn out not to be genetic.

Dominant: A morph that has been proven different than a normal, but have no super form. Ex: spider, pinstripe

Het/Heterozygous: These carry the gene to make a visual recessive but these genes are not expressed visually.

Lock: Used to described the physical act of a male and female ball python breeding.

Locus: Location of a gene or allele on a DNA strand.

Morph: Visual expression that changes the color or pattern of a snake. Ex: pastel, spider, pied

Popping: Manually everting hemipenes to determine the sex of a snake.

Possible het: A snake that could carry the gene to make a visual recessive based on its parentage, but is unknown until successfully bred.

Probing: Using a stainless steel probe to determine the sex of a snake.

Rack: Refers to a caging system where bins are stacked vertically or horizontally and temperature and humidity are easily controlled. These also make the best use of the space you have available to keep your snakes.

Recessive: A morph that has been proven different than a normal that needs two copies of the gene to be expressed visually. Ex: pied, albino, genetic stripe

Rheostat: Electronic device that allows temperature to be increased and decreased but is not always accurate.

Super: A combination of two co-dominates results in a super. When a super is bred every baby will be one of the ingredients used to make that super. No normals will be made and the super cannot reproduce itself on its own. Ex: Super pastel when bred to a normal will make all pastels.

WC: Wild caught. Snakes were collected in the wild.